On March 23rd, the Dutch Royal Metal Union awarded HGG its 2017 Smart Manufacturing Award. HGG received the award because of the ‘Smart manufacturing example HGG has set for the metalworking industry.’ According to a spokesman on the decision-making committee: ‘By constant process improvement through innovation, digitalization and automation, HGG continues to demonstrate major reductions in throughput time and costs.’

HGG received a check for €5,000. HGG has since decided to distribute that award to its employees.

Smart manufacturing examples at HGG include 3D printing to facilitate faster prototyping, HGG robotic technology improvements resulting in robots that are 10 times more accurate, and customer delivery times that have been reduced from 28 weeks to 6 weeks.

Mark Helder, General Manager of HGG, said: ‘Smart manufacturing has been an integral part of our DNA since 1985. We call it ‘metalfacturing’ and strive hard to make sure it is part of every employee’s DNA.’ 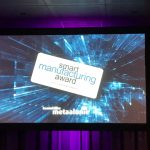 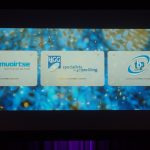 Some of the competitors 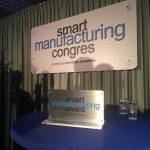 And the winner of the Smart Manufacturing Award is … 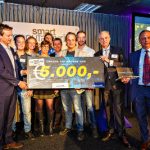 The HGG team that won the Smart Manufacturing Award