Last week, a Scandinavian vessel manufacturer approached HGG with their challenge: a lack of production capacity but a huge demand. HGG found a solution, which eventually saved them not only a lot of time but also money.

For a new oil and gas installation including numerous pressure vessels, there was a need for 20 tons of steel which had to be cut to size and provided with holes, weld preparations and markings. With 3D profiling of the materials as their biggest challenge, the company approached 3D profiling specialist, HGG. The company knew that HGG’s SPC 1500–3000 PT would be the perfect vessel cutter for that job.

Let HGG do the cutting

HGG does no only deliver great machines, we also use them on a daily basis in our Cutting Services hall in The Netherlands. Instead of ordering a bunch of pre-cut pipes that still had to be cut to the right size and provided with weld preparations, this company involved HGG in the process. Large pipes were ordered and directly delivered to HGG’s Cutting Services hall in the Netherlands, where they were processed directly on the SPC 1500–3000 PT. 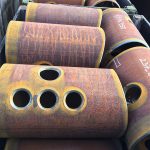 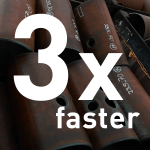 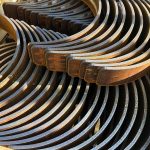 Every vessel that had to be hand-worked would cost the company about 4 to 5 hours of expensive work, not even to mention other things that come with it, such as the possible dangers, the noise and the space that is required. Imagine the great amount of time and money they saved, when you know that all the work now was done 3 times faster than by hand.

The results speak for themselves